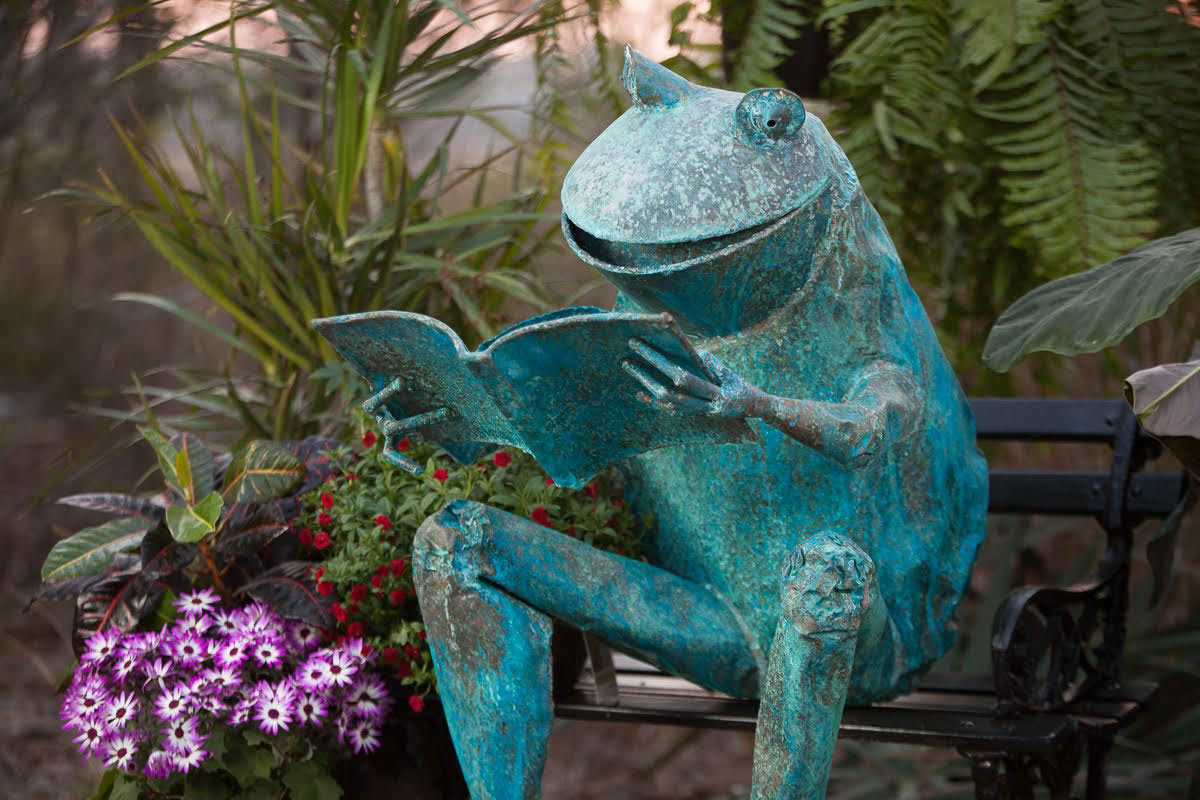 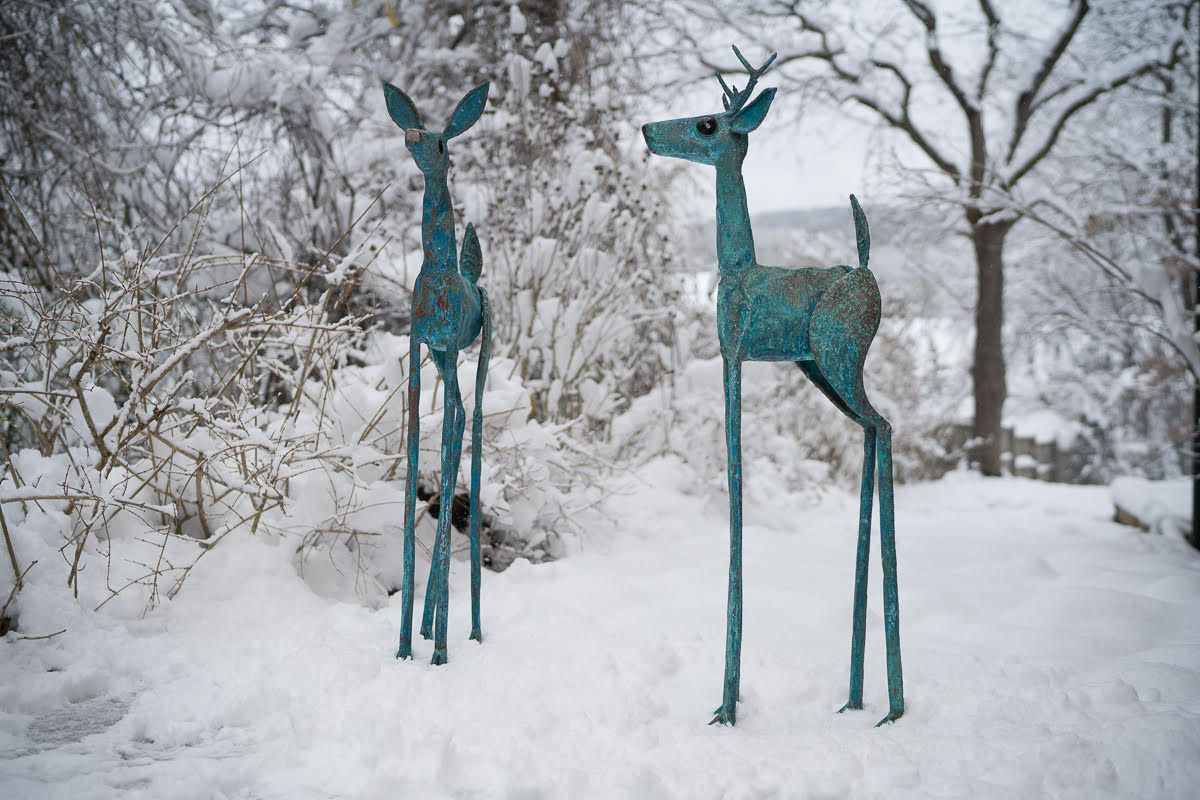 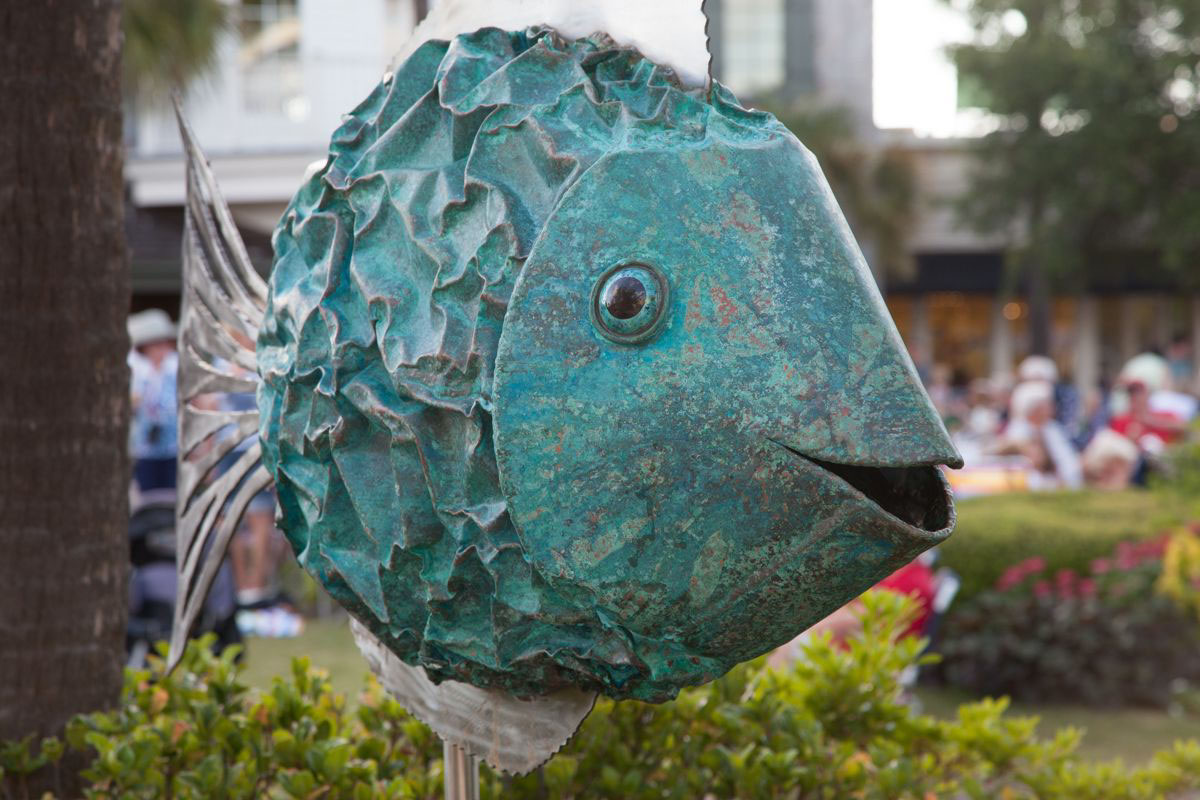 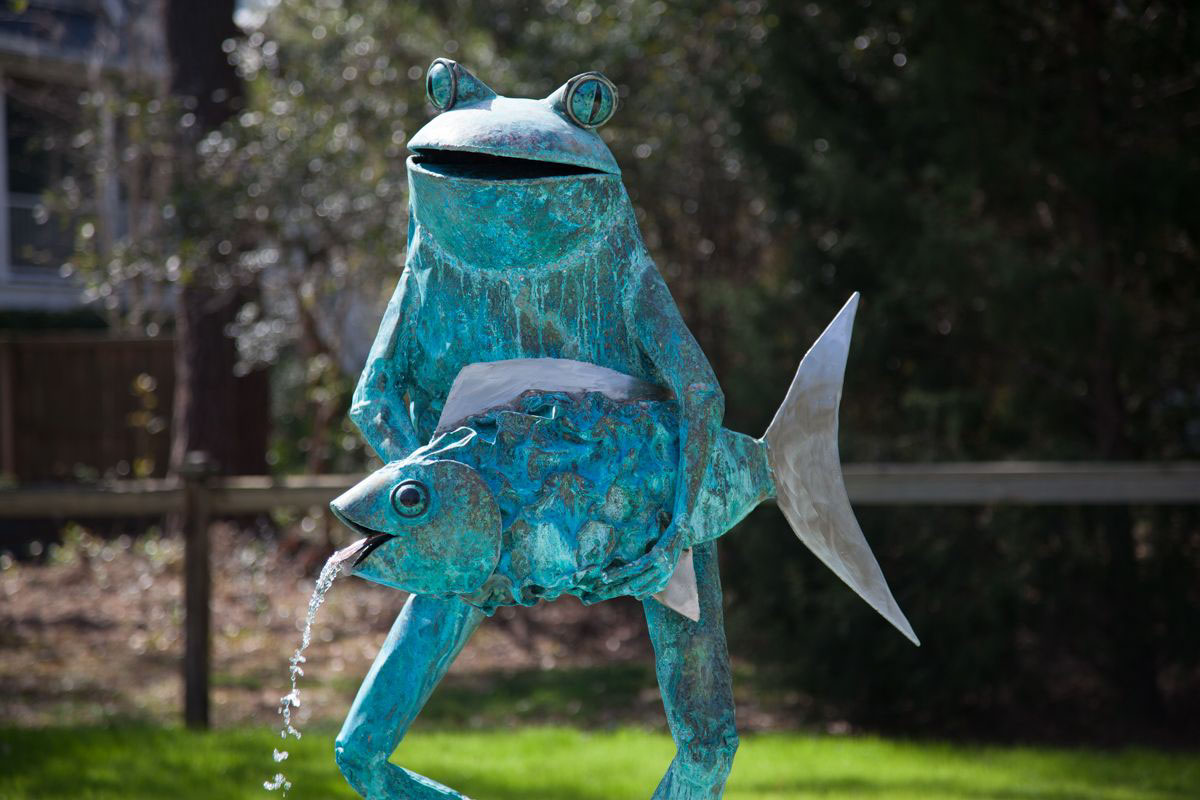 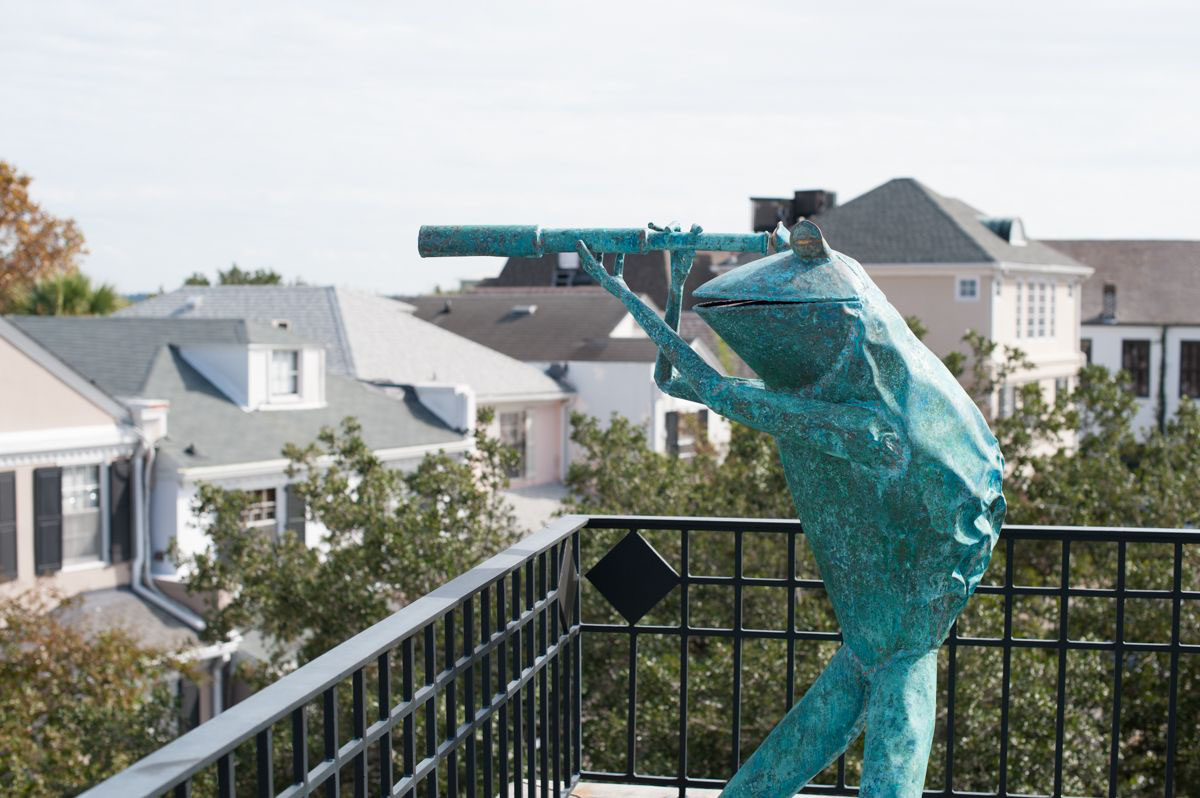 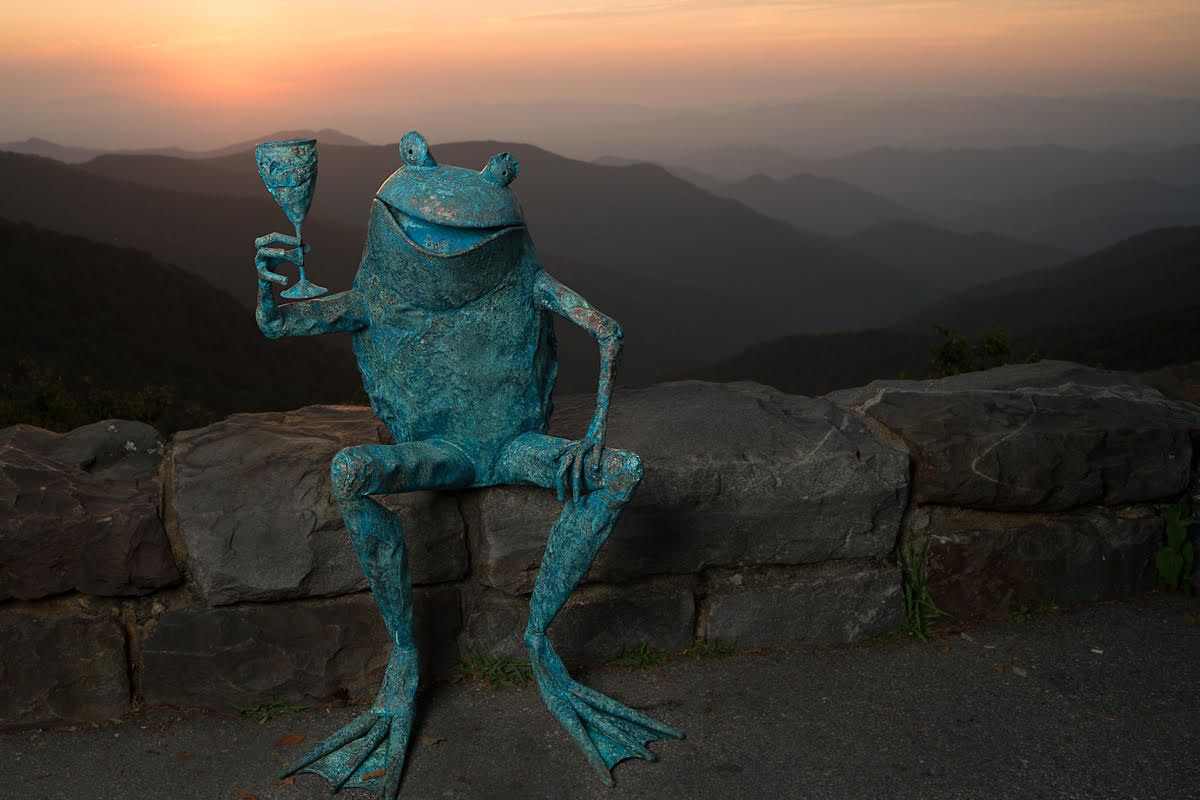 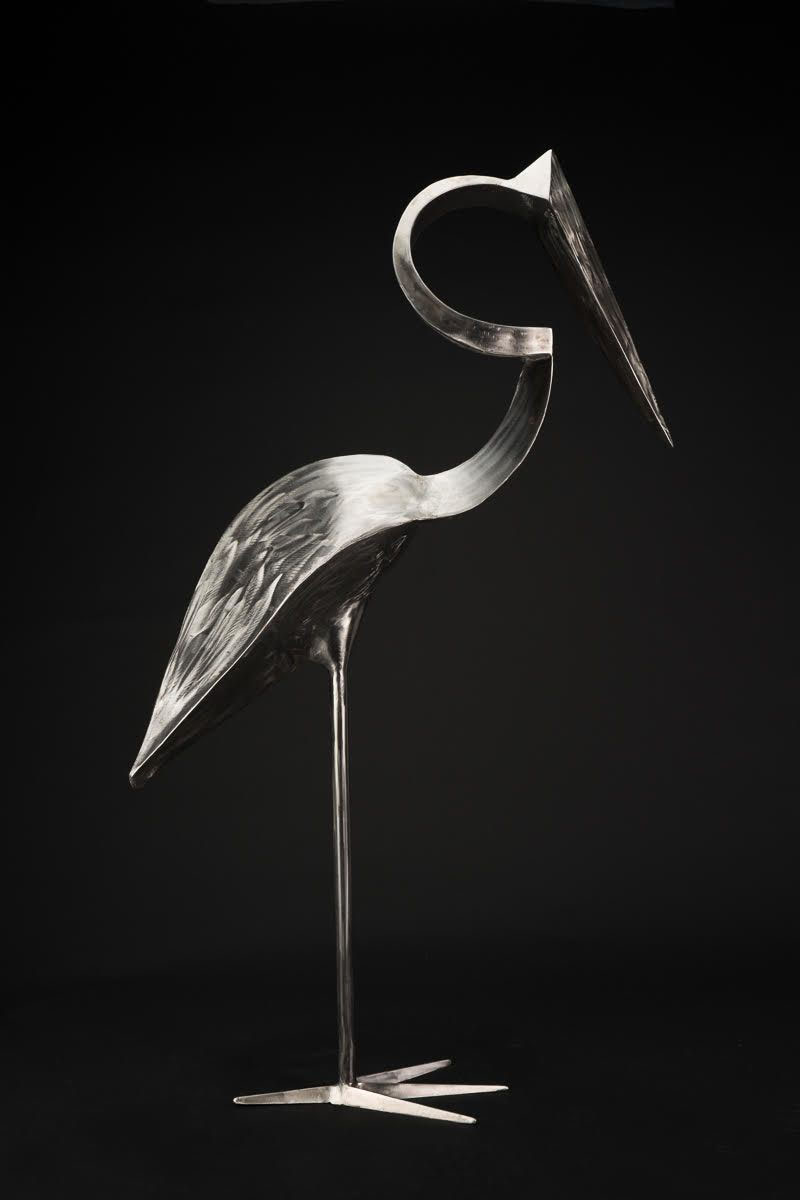 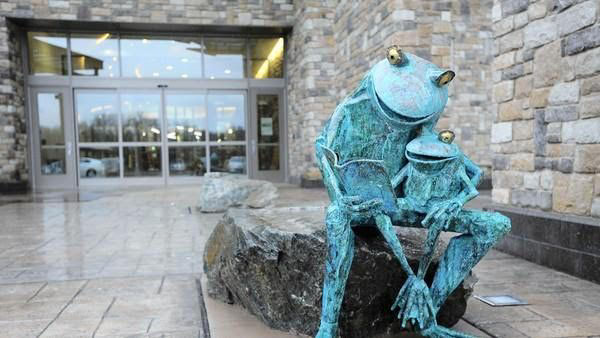 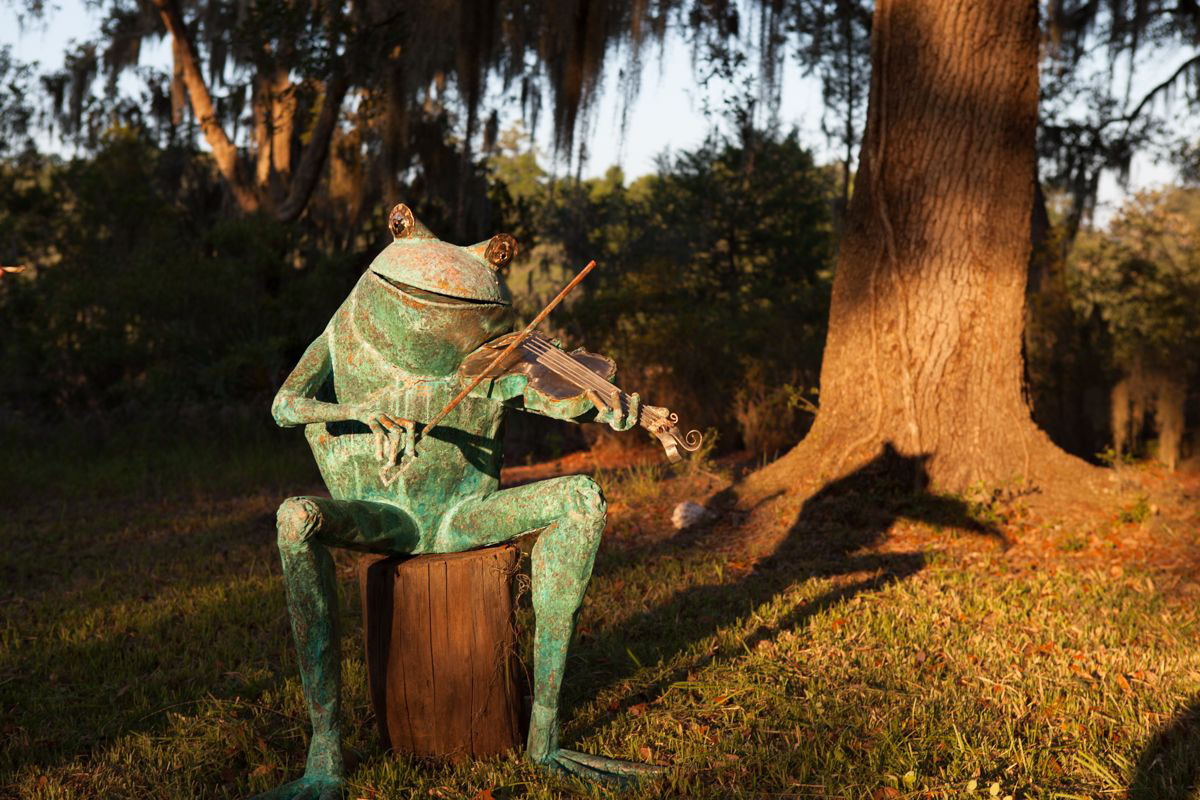 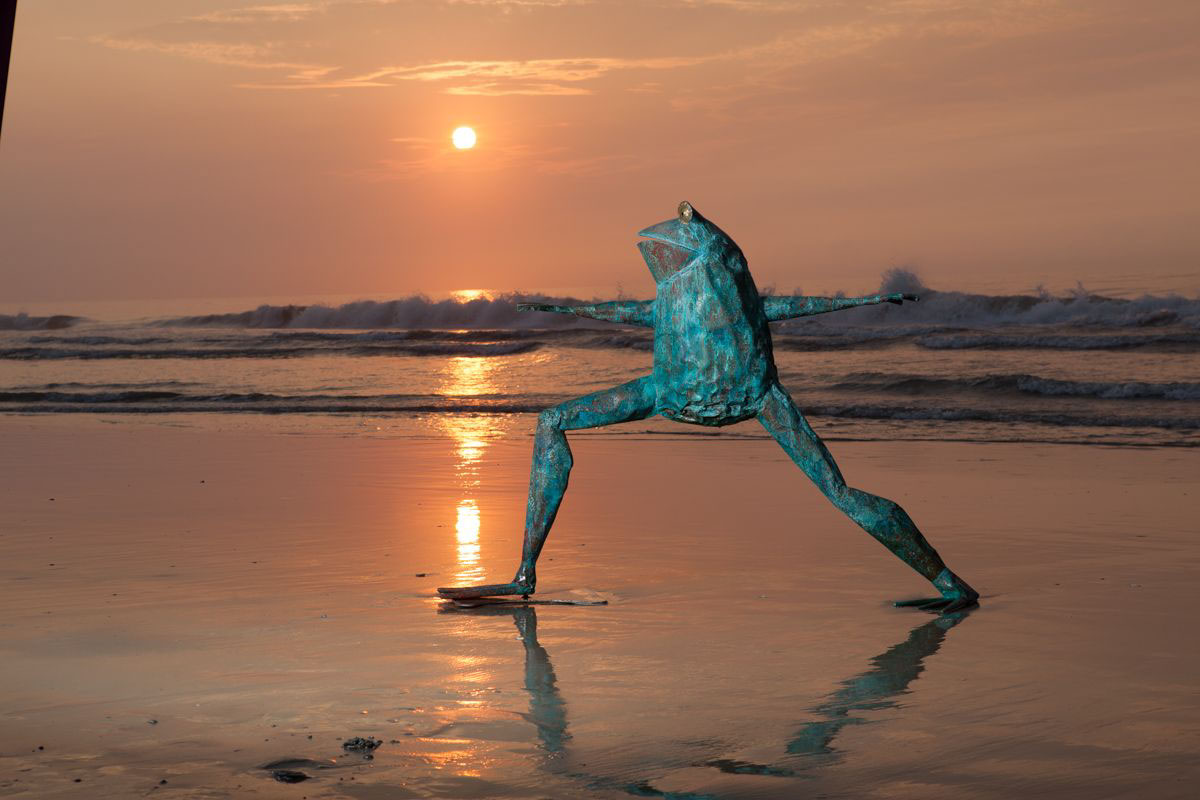 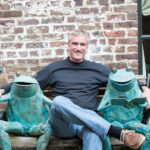 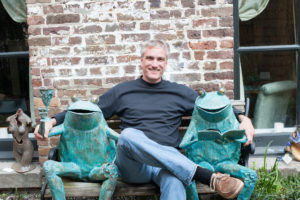 Zan Smith was born and raised in Charleston, SC where he spent his formative years working alongside his father in his lowcountry workshop. This is where Zan learned the technique of direct metal sculpture and honed his skills as a sculptor. Between learning how to work with metal and attending his grandmother’s watercolor shows on Queen Street, Zan was immediately drawn to the artist’s life.

Zan’s mechanical inclinations paired with the lively creative community in Charleston guided him into a career as a sculptor. As a master craftsman and fine art sculptor, Zan now has his own established aesthetic. His keen attention to detail and commitment to creating delightful, museum-quality pieces set his coveted works apart.

While the iconic human-sized copper frog is widely recognized as Zan’s signature piece, his repertoire includes many other artful creatures. Fish, birds, turtles, and, yes, frogs, are carefully crafted out of copper, brass, and stainless steel. Each sculpture brings its surrounding space to life with an engaging presence. As he established his own style, Zan primarily sold his work in the Charleston, Kiawah, and Seabrook Island communities. His innovative metal sculptures are now breathing life into well-curated homes, gardens, landscapes, and public spaces across the world. Zan currently resides in Asheville, NC where he and his work have experienced a rebirth. The Blue Ridge Mountains and bustling artistic community are the perfect backdrop for the next frontier of Zan’s work.