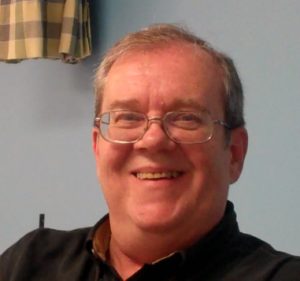 Ken Hamilton is a graduate of the Pennsylvania Academy of the Fine  Arts in Philadelphia, and received a Bachelor of Fine Arts degree from the University of Pennsylvania.

Before relocating to South Carolina in 2014, Ken was represented by the Rodger LaPelle Gallery in Philadelphia. He also exhibited in group shows at The Plastic Club (Philadelphia) and The Art House Gallery (Manahawkin, NJ).

Ken’s “E-Z Rest Motel” was accepted into ArtField 2016, a multi-venue group exhibition held annually in Lake City, SC, where it received a “Judge’s Award of Merit”. His work has also been exhibited at the Center for Contemporary Art in Columbia, SC.

His miniature constructions have received over 175 local and national awards in competitions over the course of a building career that has spanned over 50 years, and his work is represented in private collections in Utah, Florida, New Jersey, New York, Maryland and Virginia.